What is an Escape Room? 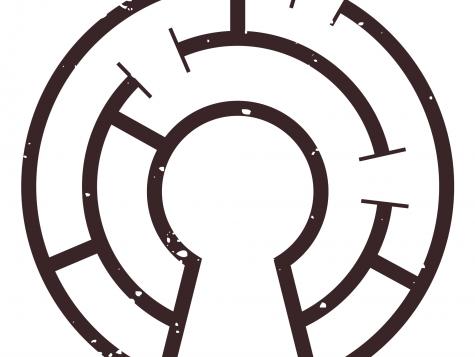 What is an escape room?  This is a common question here locally as Unlocked: Escape Room Wooster will be the first in Wayne County, OH.  There are many definitions of what an escape room is, including:

Escape Room games started online as "Point & Click" games that could be played on websites and phone applications.  Then in 2008, the first "Live" Escape Room was created in Japan.  From there, it began to spread into Asia and Europe, before landing in the United States in 2012.  Escape Rooms usually come with a theme and a backstory as to why you are "locked" in a room.  There is usually a countdown in the room to add the pressure of time.  If you think escape room owners want everyone to escape, your wrong.  Most escape room games are designed to have a 30% success rate.  Due to the nature of all the different types of puzzles/mazes/brainteasers/and riddles.  The best groups have players of all backgrounds and skills.  The rooms are designed for players to work together without the help of today's technology (cell phones, tablets, or google).  It creates an experience that will cause all players to talk for weeks about what they solved and what they missed.

The goal of Unlocked: Escape Room Wooster is for our players to have an enjoyable experience whether they escape the room or not.  Our themed rooms are different then some of the other escape rooms out there.  We prefer to stay with themes that resemble "Clue" or "Murder Mystery", rather than any "Horror" or "Zombie" theme. We currently have 2 rooms available and there is a 45 minute time limit.  Our rooms should not make anyone feel claustrophobic, as there is 300 sq ft of space to move around.  Moving around is exactly what you are going to want to do, if you want to be an active participant in the escape room game, you will not be able to be standing in one spot.  The rooms are designed to be searched for puzzles and keys.  Teams will need to be good communicators and listeners to make decisions (there were be a lot of them).  In terms of your team, if your group is less than 10 people or you haven't booked the Private Room option, there is a chance you could be joined by other smaller groups to fill the room.  Why this is not always a bad thing, it is something to be aware of while you are booking.

In the end, whether you escape or not, be proud that you and your friends went out and tried something different.  You took the plunge into the world of escape rooms and had a blast doing it.  If you have any questions or concerns, please contact us and we will be happy to talk with you.  330-960-1122